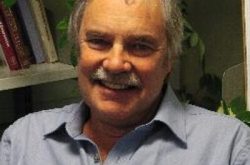 Paul Gilbert, FBPsS, PhD, OBE is Professor of Clinical Psychology at the University of Derby and Consultant Clinical Psychologist at the Derbyshire Health Care Foundation Trust. He has researched evolutionary approaches to psychopathology for over 35 years with a special focus on shame and the treatment of shame based difficulties – for which compassion focused therapy was developed. He was made a Fellow of the British Psychological Society in 1993. In 2003 Paul was president of the BABCP and a member of the first British Governments’ NICE guidelines for depression. He has written/edited 20 books and over 200 papers. In 2006 he established the Compassionate Mind Foundation, a charity with the mission statement “to promote wellbeing through the scientific understanding and application of compassion” (www.compassionatemind.co.uk). He was awarded an OBE in March 2011.